It’s been about eight months since I wrote this article about my romance publishing intentions, so I think an update is due.

No, I’m not announcing a big contract or anything. Kind of the opposite.

I finally submitted one of my books (The Sheikh and the Chaperone) to an agent, and got a rejection the next day.

I was expecting it. The book, I’d decided, isn’t very market-friendly, and is the first book of a series — a hard first sale, I’ve read.

I was intending to keep sending that book to every romance agent out there. But, that first submission (and rejection) instantly made me see my book through an agent’s eyes.

I realized that the book isn’t really ready. The beginning, especially — which is all agents typically evaluate — needs tightening up.

I think I jumped the gun on querying, probably in an effort to get myself moving. 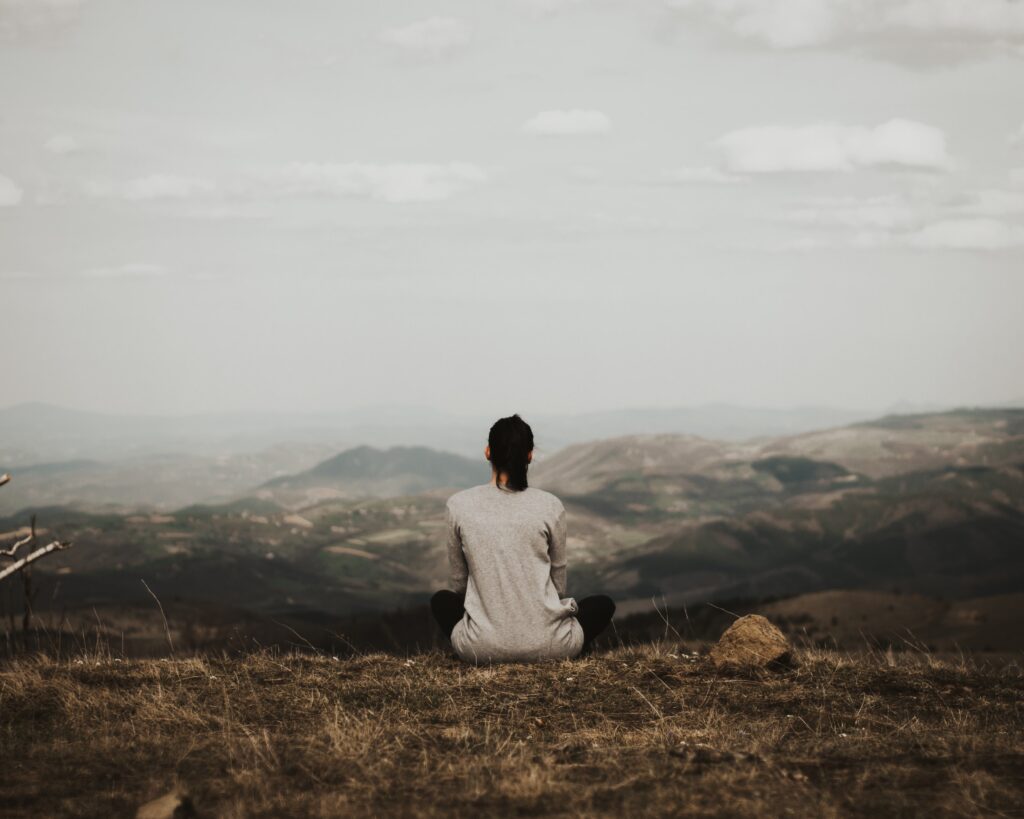 I wrote my first book nearly ten (!) years ago, and since then I’ve been moving forward at a sloth’s pace in my writing “career”. So, I was trying to light a fire under myself.

But diving in head first doesn’t really work either.

So, I’ve been doing some learning and pondering and (over)thinking, and I think I’ve reached some conclusions about me and publishing…

One thing I’ve learned: I was mistaken about the role of an agent.

This was my original thinking: I have this thing I wrote. And, I think it’s as good as a lot of what I read. So, you as an agent, as an expert on romance publishing, should be able to find a place for it somewhere in the publishing world.

But, agent Scott Eagan gave a good analogy in an RWA presentation I recently watched: Agents are like the investors on the show Dragon’s Den (or Shark Tank, or whatever your local version is called). On those shows, they always ask the inventor how much money they’ve made to date. The investors expect the inventor to know their market, and to be able to demonstrate some success selling the product before they’ll even consider investing.

Agents (and publishing companies) are investors. They often don’t make money off the first or second book by a new romance author — they’re investing in the writer’s potential to produce marketable books over time.

I don’t know my market; when I started, I was trying to write Harlequin Presents, but my books have turned out quite unlike that category. Now, I don’t know which publishers (if any) sell books like mine. When I was writing my query letter, I couldn’t come up with comparable published titles. So I was sending something out on blind faith, expecting the agent to do the work. 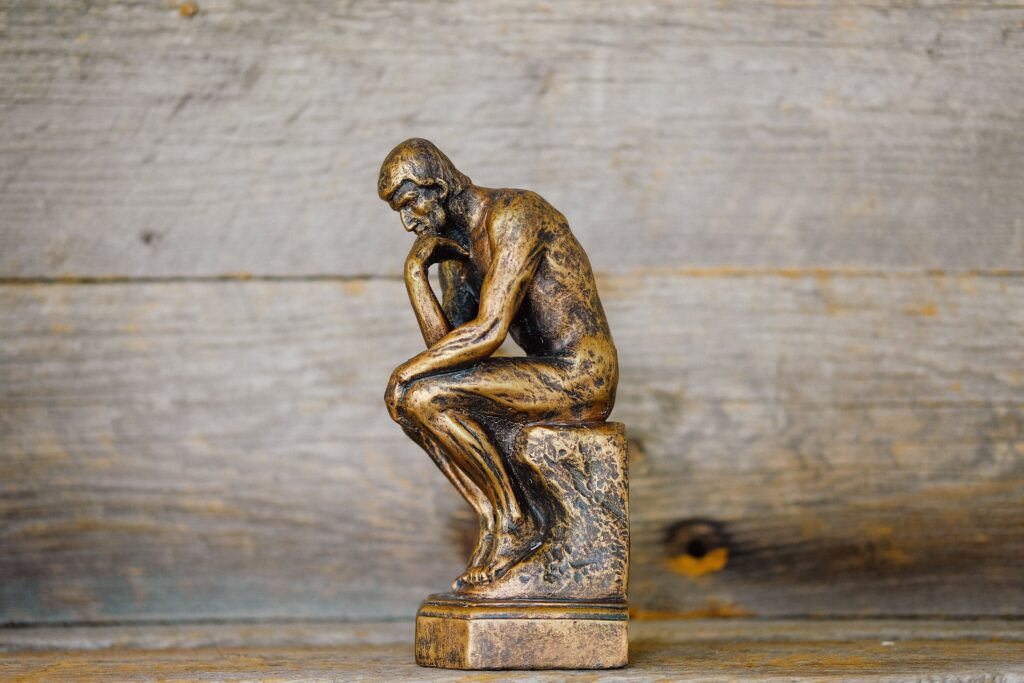 But I don’t get the impression agents want to scratch and struggle to find a book’s angle. If my book’s selling point isn’t obvious when I pitch it to an agent, it’s unlikely to be obvious to publishers and readers.

So what’s my next step? Research the industry, revise my book, then start sending it out again?? Maybe. Or maybe not.

I’m not sure traditional publishing is right for me

Another thing that submission made me question is my commitment to pursuing traditional publishing.

I know at this point some people might say, Whoa! She had ONE rejection, and now she’s throwing in the towel? WHAAA??

First, I’m not throwing in the towel. I will publish my books. I’m just not sure if traditional publishing makes sense for my type of books and my type of personality. And, I think I had to submit something to fully realize that.

Traditional publishing is a great goal to have, and I’m not dissing it. If you want to be widely read, and if you’re looking for status as an author, then you should go for it.

Status and wide distribution do appeal to me, but there are downsides… 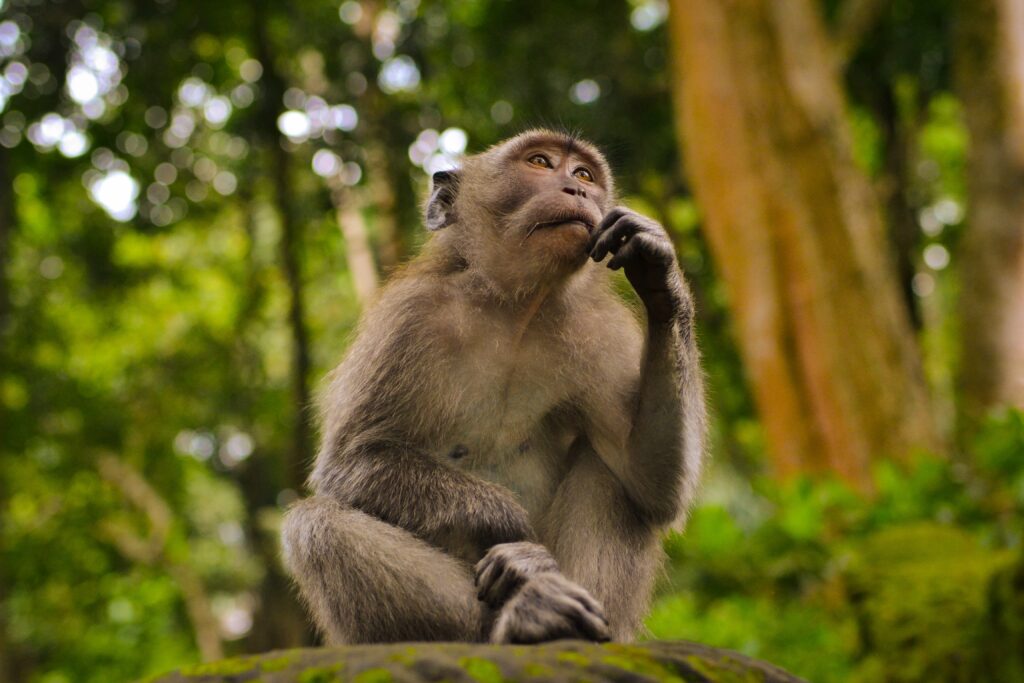 Some downsides of traditional publishing

I watched this interview with Chris Pratt (the actor) recently. He talks about how the early days were the best of his career — when he was doing auditions for cat food commercials, when even a callback was reason to celebrate.

He also talks about the downside of his kind of success — months and months far away from his family.

What does this have to do with little ol’ me, contemplating traditional publishing?

Only that, success has costs. And I’m not sure we always consider them, when chasing a dream. After all, isn’t achieving a dream supposed to make every sacrifice worthwhile?

I think there are costs to traditional publishing. Here are some of the ones I’ve been pondering:

When writing is a business, it becomes work

I haven’t been writing much lately. It may be because my routine has changed due to Covid, but I think the key reason for my low productivity is that I’ve been attempting to take a more “professional” view of my writing, to take things very seriously and be that dedicated sort of writer who writes every day, without fail.

But for me, making writing an obligation saps the fun out of it. It feels like work.

And I don’t want it to be work. It’s my play time, it’s my entertainment. So for me, I’m not sure there’s much point in writing if it stops being fun. 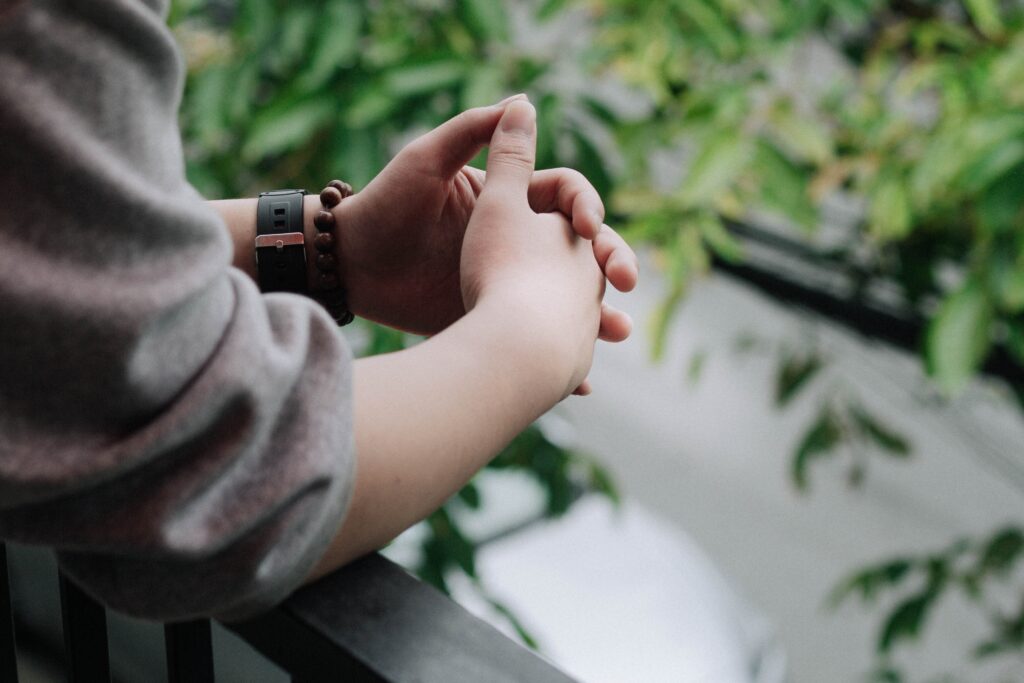 I’d have obligations to strangers

Once you’re in a contract, with an agent or publisher (or both), you have some obligations to them. They’re investing in you, after all.

And however much “in control” they might say the author is, your choices — on what to write, and how fast you write — will be influenced by their stake in your career. I’m guessing it’s hard to argue with agents and publishers — they’re the experts, after all.

I’m sure this kind of obligation works fine for many writers, but I think it would stress me out.

Ok, I totally get why marketability matters — of course publishers need to make money, so they have to publish the type of books readers want to buy.

But, I don’t really know how to write “to market”. I write the stories that come to me, that interest and excite me. If someone handed me a “marketable” idea to make into a novel, I’m not sure I’d be able to do that, no matter what they offered to pay me.

I could immerse myself in “the market”, and then maybe the ideas that come to me would be market-friendly. But, I already have a dozen books I want to write, and I kind of want to work on those. 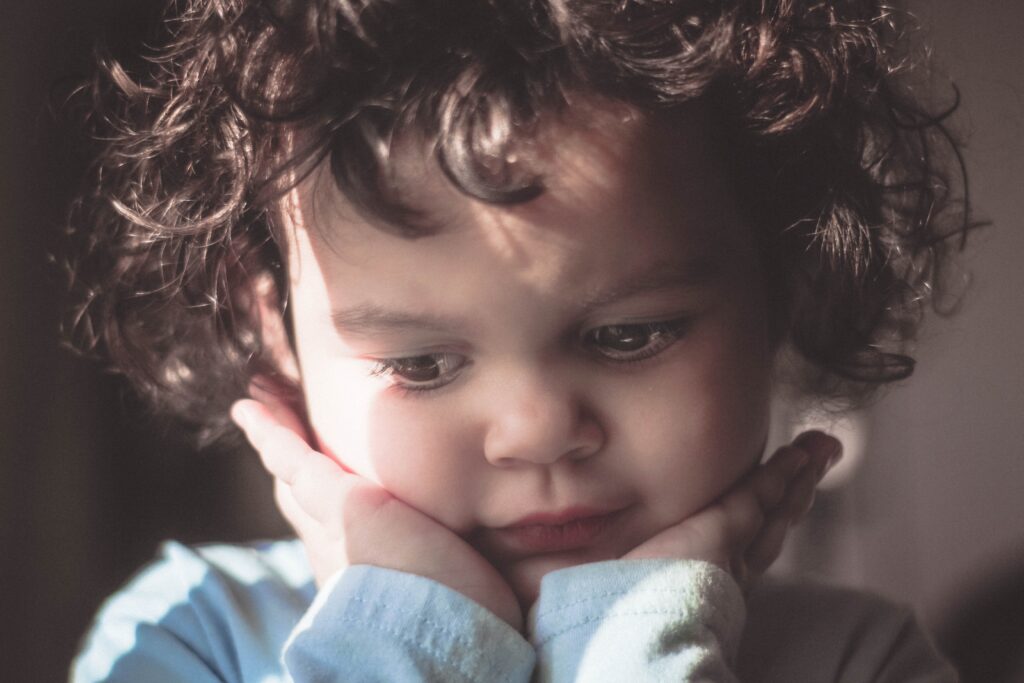 I’d probably need to be prolific

Romance writers tend to be prolific, especially ones who write shorter novels. Agents and publishers certainly favour productive writers, since readers are more likely to buy from authors they’re familiar with.

For example, Harlequin category author Maisey Yates has published well over 100 novels — and she only published her first about 10 years ago. Yates may be on the extreme side of productivity, but in that presentation I watched, agent Scott Eagan said each of his clients writes at least four books a year.

I work full time, and have kids and a house and a dog, and I kind of enjoy doing nothing sometimes, too. I don’t actually want to spend all my free time writing.

And truth be told, I’m not sure I’d want to write that fast, even if I could. You can’t be writing anything you find terribly challenging if you can write that quickly.

I’ve found the longer I stay with a book, the better it gets. So I’d be sacrificing quality for quantity. And there are enough bad books in the world — I’d rather take longer and produce something better.

I spent my childhood thinking if I didn’t get the highest mark in the class, the world would come crashing down around me. I thought I needed that kind of extrinsic validation to matter. So, now I’m wary of doing anything for others’ approval.

But, when you’re selling a book, you’re also selling yourself. So I might feel the need to edit myself to ensure I’m making a good impression (on people I don’t even know).

I’m sure an agent reading this would say, “just relax”, and I know no one expects perfection. But, I think it’s harder to be authentic while you’re trying to sell yourself. And I’m too old to spend time worrying about what others’ think. 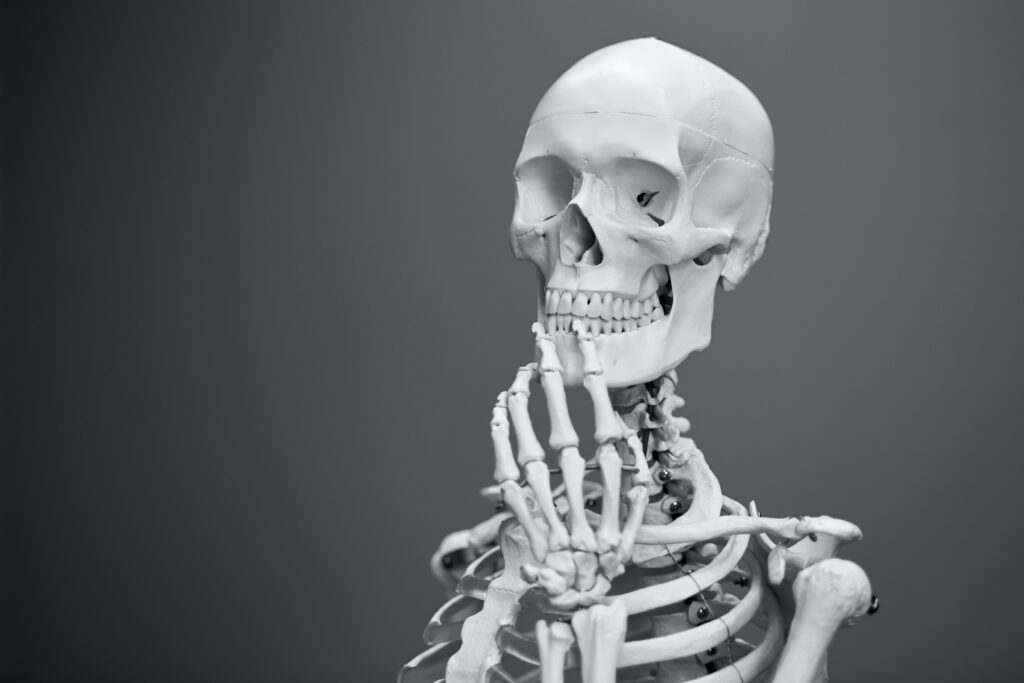 I wouldn’t be in control of everything

I’ve heard people say traditional publishing is great since the publisher handles everything, and the writer just has to focus on writing. For me, this is not a selling point. I like doing everything — I think publishing would be more fun and satisfying if I could do everything myself.

The outcome is largely out of my hands

In the end, whether or not I’m successful at traditional publishing isn’t up to me. Sure, I can keep trying, keep writing and rewriting forever, and I could still be rejected. Publishing is subjective, so the finish line could keep moving.

I’ll have more to say about this in my next blog post.