As a romance writer, I’ve always felt a bit affronted that there are so many other meanings and uses for the words ‘romance’ and ‘romantic’.

I know, I know. Word meanings evolve over time, and it’s perfectly natural that there are multiple meanings.

(That’s the best argument I can think of.)

Anyway, despite my misgivings, I was curious about how the meaning of ‘romance’ evolved, so I did a little research…

I admit, I’ve always vaguely associated the Romance languages with Latin hunks, their shirts unbuttoned to the waist, whispering sexily in Spanish/Italian/French.

Alas, the ‘romance’ of these languages has nothing to do with how seductive they might sound.

It has everything to do with Rome.

Picture this. It’s the year AD 100, in Rome. The Roman empire is at its peak. And groups of noblemen clad in togas are gathered round, speaking deep thoughts in Latin. Classical Latin, that is.

But elsewhere in the empire, far from the direct influence of Rome, groups of soldiers, slaves, and conquered people also gather to speak Latin, but in this case it’s a vernacular form of Latin. Vulgar Latin.

But (spoiler alert), within a few centuries, the Roman empire declined and fell, along with its infrastructure and influence. So those remote regions became isolated, and Vulgar Latin splintered, forming what we would ultimately call the Romance languages. 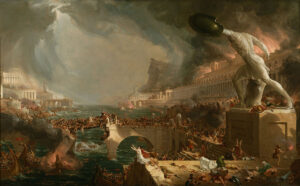 But why were they called that? Because there was a Latin word, ‘romanice’, which meant ‘in the Latin vernacular’. And that’s where we got the term ‘romance’, which was later adopted into English.

Today there are approximately 44 Romance languages being whispered seductively around the world, the most prominent being Spanish, Italian, French, Portuguese, Romanian, and Catalan. And they’re all kinda similar, due to their shared Latin origin.

But all that has nothing to do with romantic love…

Skip ahead a few years, to about the 8th century. Old French — one of those vernacular Romance languages — was evolving; Speakers incorporated the Latin word romanice (remember, ‘in the vernacular’) as ‘romanz’ (or romans, but the -z version is more fun).

The first romanz stories were written down by 1100 AD. These are the types of stories you might associate with the Medieval times. They were full of action and chivalry, of knights doing noble deeds like rescuing maidens and slaying dragons. And they sometimes included an element of what we’d call romance.

They were often written in verse, and served as a precursor to the modern novel. In fact, ‘roman’ means novel in French.

(Does that mean French people read ‘romance romans’? Nope. They call romance novels ‘romans d’amour’. Though they may not read them much — but that’s a subject for another day.)

So, the origin of the word ‘romance’ is, basically, ‘low-brow writing’ — quite apt, I’m sure some critics of romance novels would say!

Did you know that Shakespeare wrote romance?

No, not Romeo and Juliet. (Technically, that’s a tragedy, not a romance.)

The Shakespearean romances don’t actually have a lot in common with modern romance. There were four of them, all written in the early 1600s: Pericles, Prince of Tyre; Cymbeline; The Winter’s Tale; and The Tempest. 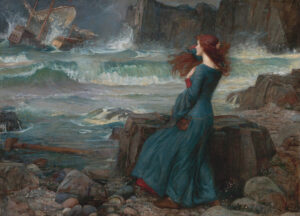 So, why were they called romances? Because, in 1875 (centuries after Shakespeare’s time) a certain literary critic named Edward Dowden noticed they featured epic timelines and settings, grand themes, and dramatic action, sort of like the chivalric romances.

They were also known as tragi-comedies, since most began with tragedy, but ended with a happily ever after.

So, they did have something in common with modern romances!

If someone tells you they’re a professor of Romantic literature, they’re probably not talking about romance novels.

The Romantic period was an artistic movement of the 18th and 19th centuries that emphasized emotion over reason, and the individual’s direct experience of art and nature. It produced novels like Frankenstein, Wuthering Heights, and The Scarlet Letter. 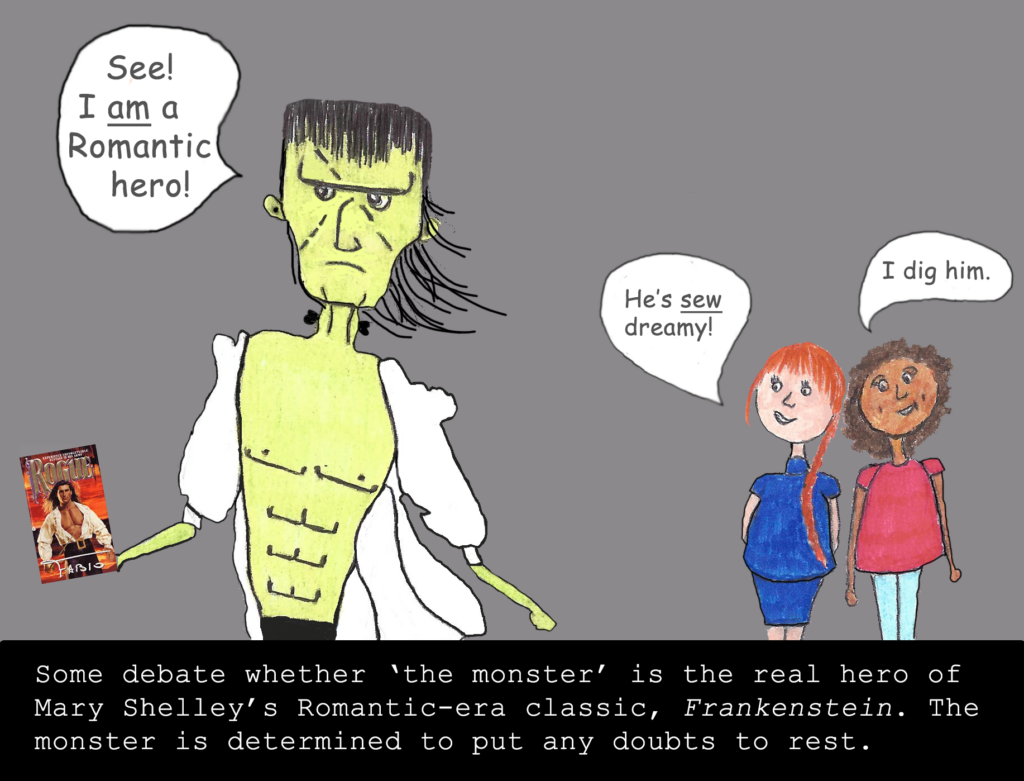 One trend of the era was a renewed appreciation of chivalric romance, hence the name Romanticism.

But, books from this era didn’t typically feature romance as we know it, either.

Interestingly, Jane Austen (who, in case you’re not aware, basically created the template for the modern romance novel), wrote and published her novels during the Romantic era. However, since she didn’t embrace the ideals of Romanticism (she was more into realism), she’s not typically considered part of that movement.

So, we know about the development of the Romance languages, then chivalric romances, followed later by Shakespearean romances, and the Romantic period. But, none of these things is strongly connected to the primary meaning of ‘romance’ we hold today.

So, when did we start associating ‘romance’ with love?

Well, no one seems to know exactly!

Scholars think the connection was probably made in the late 19th or early 20th century.

There are several theories. One connects romantic love with freedom and self-realization, two of the main values of the Romantic period.

I’m not an expert, but I have a theory of my own: to me, the common bond between the historical and modern meanings of romance is ‘idealization’.

To romanticize something is to idealize it. The literature of the Middle Ages painted stories of idealized knights — brave, noble and loyal, and Romantic art idealized nature and the individual’s place in it. 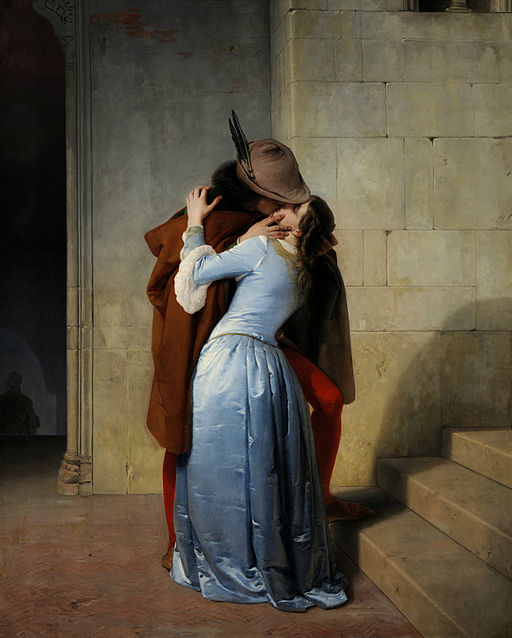 And romantic love is in many ways idealized love. It promises that something more than biology and economic need might spur two people to commit to each other.

Today’s romance novels feel very connected to that tradition. They’re not usually realistic. We don’t dwell on practical issues like bathroom habits or birth control. The heroes are almost always gorgeous, the heroines are usually at least pretty. And, whatever problems they face, they’re always resolved with a happily ever after. Love heals everything.

So maybe all these terms are more related than I thought.

(And, I will definitely be referring to myself as a romanz novelist from now on.)

Devlin, Thomas Moore,  ‘All In The Language Family: The Romance Languages’, www.babbel.com.

‘Ah, “Romance”: A Word Borne to English on the Breastplates of Chivalry’, www.merriam-webster.com.

One thought on “The many meanings of romance; how the word became linked with love”