When I was growing up, my mother read romance novels. There were often piles of them lying around the house — mostly Harlequin Presents or Harlequin Superromance, but you could find the occasional single-title, Silhouette Special Edition, or Harlequin Desire.

I’ve always kind of wondered how she had the budget for it, since my father was in charge of the money and he could be a bit ‘tight-pursed’. (Is there a polite way of saying that?) But I guess romance novels are easy to hide on a grocery bill.

I, too, loved to read — maybe in part from her example. And around age ten, I got really into the Sweet Valley High series. Everyone was reading them. Gorgeous, blonde, blue-green-eyed, Californian identical twin sixteen-year olds (with perfect size-six figures!), getting into adventures?

But what I found was, I especially liked the ones with an element of romance. Like Taking Sides (#31) where responsible twin Elizabeth is convinced the cute new guy in town (Jeffrey) is interested in her best friend. So she spends the whole book trying to fix them up, never admitting, even to herself, that she likes him. Finally, Jeffrey’s all, “Elizabeth, you’re the one I’m in love with,” and they melt into each other’s arms (I assume — I don’t really remember the details). 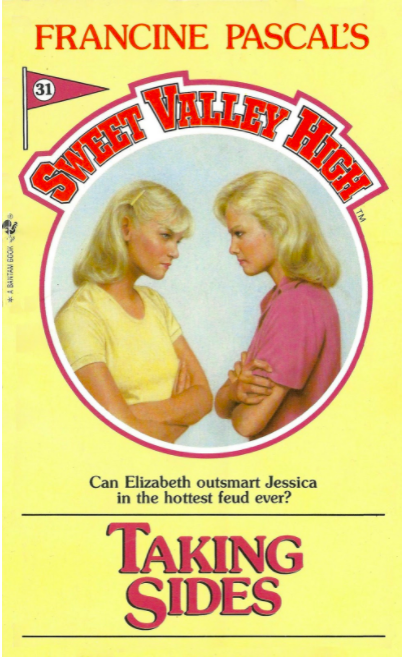 So, with my budding interest in ‘romance’, and with all those romance novels lying around, it was just a matter of time before I started reading them.

And not a matter of a lot of time, as it turned out — I read my first when I was eleven.

It wasn’t love at first sight. I don’t remember anything about that first book, in fact. My mother later told me ‘that was a steamy one’. But, since I had nothing to compare it to, I hadn’t realized.

But I guess I wasn’t put off. (Though it’s quite possible, now that I reflect, that I was initially just interested in the sex.)

That summer my parents took me and my three siblings on a camping trip. We piled into our blue VW Vanagon and drove from suburban Toronto to the Atlantic coast of Canada, then down to New England. And I read romance novels all the way.

I recall I stepped out of the van one day and my mother asked me how I was liking the romance novels. I said, “Oh, I like them… But, do they always get married in the end??”

I thought, I guess, that sometimes things just didn’t work out?

I almost exclusively read Harlequin Presents and Harlequin Superromance, because that’s what my mother bought. Initially, I was more of a Superromance fan, since they were more realistic. But, I gradually switched to reading mainly Harlequin Presents. I liked their total focus on the romance, their tendency toward antagonistic relationships, and all those lovely dramatic revelations.

I recall I had a Cabbage Patch doll playpen, and instead of putting dolls in it, I packed it with all the romance novels I’d read — a portable library. I’m not sure why I needed to cart them around like that, but I did for a while. 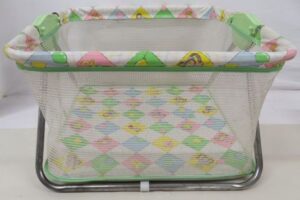 I read other things, too — fantasy, science fiction, classic literature, etc. But I kept reading romance, whenever my mother would go on another binge (she was very cyclical about it). I never bought my own, just read the ones she brought home.

We didn’t discuss them much, other than, “Did you read that Lynne Graham one? It’s pretty good,” or, “The Emma Darcy one really stinks, don’t bother.”

Skip ahead to a couple of years ago… I finally bought a smartphone that could support audiobooks, so I started listening to them. I’m a relatively slow reader, but I take in auditory information very well, so audiobooks were a revelation for me.

And I got excited about reading again! So, now I listen and read actual books all the time, at least a book a week.

And, I started reading romances again. Partly because I realized I’d almost exclusively read Harlequin category romances, and I wanted to broaden my horizons a bit. But, also for enjoyment. Now, if I read a novel, it’s generally a romance.

But, what I’ve discovered is, I really, really prefer writing romance to reading it…