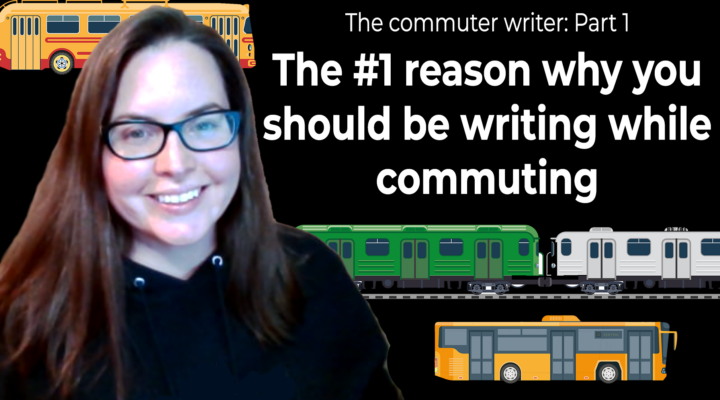 If I hadn’t started writing during my commute, I don’t think I would have finished a single novel.

I mentioned my problems with procrastination in my post, My origin story, Part 2: Becoming a romance writer. It was only when I linked writing with the ingrained habit of commuting that I was able to sustain a writing habit.

That’s why I’m a huge advocate of writing while commuting — for those who can incorporate it into their lives.

So, partly to encourage others to try writing during their commute, and partly as an homage to my lost commute, I’ve created this 2-part video series on commuter writing.